EMD CEO Günther Alberding and associate partner Jacquelien Vriese from the Netherlands were both appointed by the FEI to be present at the Olympic Games in the Equestrian Stadium in London/Greenwich as technical officials and dressage music specialists.

The FEI invited us along to London to provide the dressage music for the Olympic Grand Prix and Grand Prix Spécial dressage tests in the Equestrian Stadium from 30th June – 10th July. We were also given the responsibility of delivering optimum sound for the freestyle event and to record the scripted musical accompaniment. 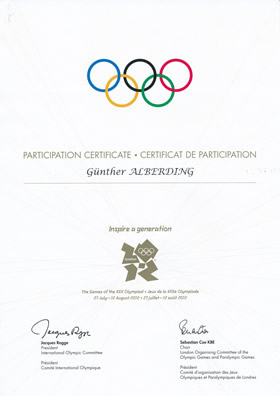